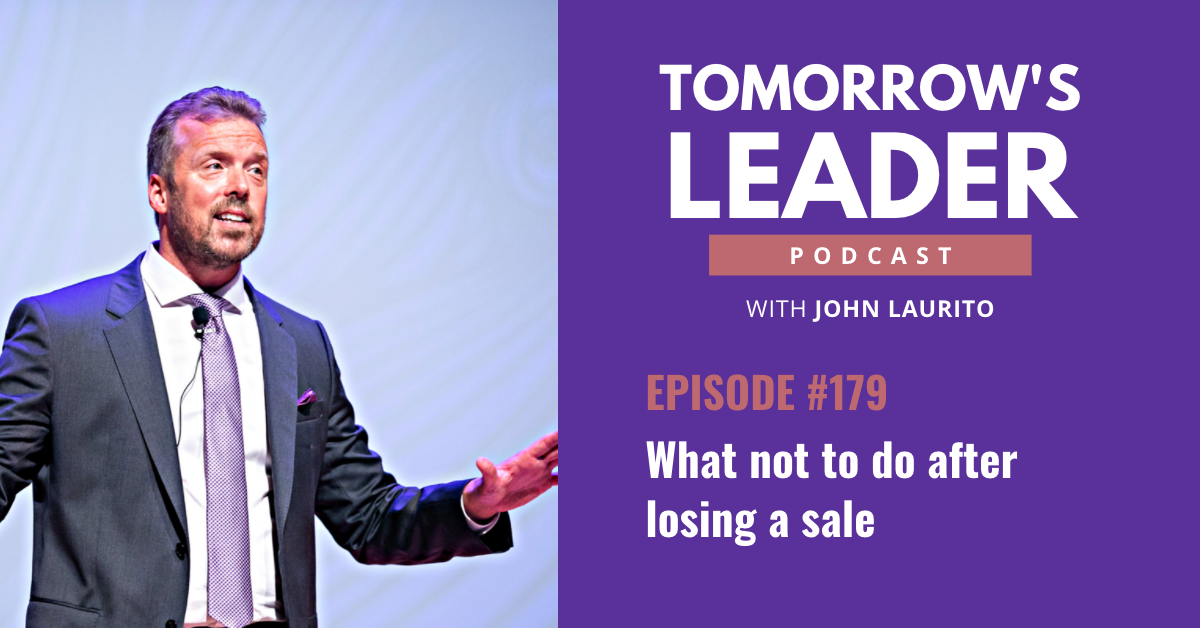 In this episode, host John Laurito talks to his listeners who are into sales, in whatever shape or form. If you are in this industry, you have to be emotionally competent to avoid making this mistake, especially after losing a potential sale. John shares an experience, not too long ago, of an investment he and his buddy made to a start-up company and the email response they received when they decided not to invest more money. Tune in to find out what it is.

[4:48] The response confirmed to John that he made the right decision

John: All right, welcome to today’s episode of Tomorrow’s Leader, where we dive deep on all things leader-related, related to leading yourself and leading others. I am John the widow, your host, today and every day. So I wanted to chat with you about an experience I had recently. That’s going to be a quick episode. I just want to share the story and get this off my chest. So, you know, most of you out there I know are in sales in some capacity. You’re always selling yourself, but many of you are in businesses where your sales are your livelihood.

John: So you make a sale, you earn money, and that keeps a roof over your head and food on the table and all that kind of stuff. So sales are critical. And I know many of you are great at it and many of you are always striving to get better and better at it. And I always find it interesting to pick apart other people’s sales processes or things that they do that maybe work and sometimes that don’t. So I’m going to share with you what not to do based on a very true experience.

John: So a good buddy of mine recently, not long ago, just last year, had made an investment into a company, a startup company. And this was after much due diligence. And I think it’s a company that has a lot of potential, but it’s high-risk. It’s either one of these things. It’s going to flop. You’re going to lose everything or it will bring about some great returns. So fast forward to, you know, eight months later and we get contacted by the CEO of the company and saying, hey, we get another round, we’re raising money. And we wanted to know if you want to put additional money in.

John: So my good buddy and I got on a phone call with this person and said, OK, give us the scoop, tell us what’s going on. What have you invested in? How’s the business doing so far? What is this new money for? What’s basically a State of the Union? And he did. And stuff is going great. You know, stuff is moving in the right direction. Seems very good. We were definitely intrigued. But there’s a lot, you know, that you don’t know because it’s not a public company. There’s no, it’s very much still in the startup phase. You don’t have a lot of data. You don’t have a lot to go on other than what you’re hearing. So you have to really pick it apart and really get to a place where you’re either very comfortable or confident or reasonable or not, and you make a decision based on that. So when you’re raising money, you know, some people will say yes, some people say no, just like any sales process.

John: Well, we did a couple of calls, I think probably three all totaled. We went through a lot of questions, a lot of due diligence, not a ton of time. But what he was asking for was a lot of money. So absolutely, we’re going to spend a lot of time going through that, trying to make a decision. We finally made a decision based on a lot of gut feel that we were just going to

John: So this is the email I got back as I got to say, after putting me through five calls, this is a lousy outcome. Gents, thanks. A little sarcasm there at the end. And I’m like, really? That’s crazy. What? I don’t get it. Like, why would you send me that email? Like, I, first of all, it was not five calls, it was three went back and looked. But even if it was five calls, why would you

say that? Why would your response you’re in a sales business where most of the time your sales efforts are not going to lead to a sale? So what this made me realize is this person, no one had a lack of emotional competence to be able to handle that situation.

John: And actually, it wasn’t even like it was a live conversation, it was an email. So we had time to digest, think through what he was sending. And that’s when I get really OK. Well, that tells me that you’re not experienced enough in sales to understand that most of the time you’re not going to get a positive outcome. But why would you respond? Did that make him feel that much better that he sent that email? I don’t think so. But the bottom line is, all it did for me was realize, wow, I’m really glad we made the decision not to put more money in. I mean, honestly, it just confirmed that we made the right decision because of his response. It just left a bad taste in my mouth. So even what not to do when you lose the sale and move on, that’s fine. No one is in now. He lost the ability to go back to me and ask me for more money in the future because I’m not.

John: Truly, what happened, so he lost any potential future sales that he could have had with my buddy and me, not just one of us, but both of us because of that email. So, again, you know, you win the battle and you lose the war. Maybe he feels a little better because he shot that email and just got some frustration off his chest. But in the end, he loses because we feel we made the right decision and now we won’t invest future money with him. So when we’ll do business with them in the future. So just silly, silly, needless stuff people do all the time.

John: So anyway, this is a mini episode, five and a half minutes. I’m keeping it that way again. Want to give you some time back in your day to enjoy the beautiful sunshine out there. Hopefully, you’re not listening to this in December. It’s August or July right now. And as always, share subscribe thumbs up like all that kind of good stuff. And give me your feedback as well as a five-star review. Love your thoughts and look forward to chatting and soon take care. Bye. 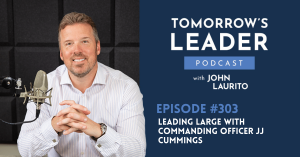 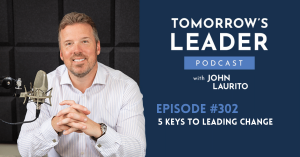 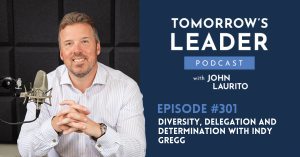